Greatest Expansion of a West Coast Fishery in Years

December 17, 2018 - Catch limits for many species of groundfish on the west Coast will more than double, according to the National Marine Fisheries Service...

More than 90 species of rockfish share the same habitat so the risk of bycatch on restricted species pressured harvest potential as well as catch limits. 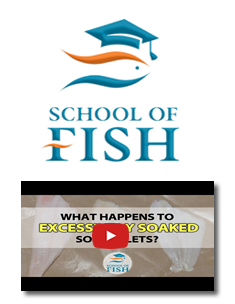 Fishermen will be able to fish at increased depths and in fishing locations that used to be off-limits.

It was reported that the West Coast groundfishery earns over $140 million dollars annually for commercial fishermen, so the news is set to foster large growth in the industry.

This has been coined as the "greatest expansion of a West Coast fishery in years."

--- We recently discussed the rockfish fishery in a previous episode, analyzing the market shortage of frozen fillets.

Most of the summer saw bare freezers as buyers sought after any sizes of frozen rockfish fillets they could find, driving strong pricing during a steep fresh market too.

About 20 percent of rockfish landings hit the freezers during a strong fresh market, so the increased quotas are sure to ripple through to frozen buyers next year.

The news creates a hopeful horizon for 2019 after months of a tight supply chain and high frozen fillet pricing.

--- And finally, our TradexLIVE offer of the week is for single frozen shatterpack cod fillets. 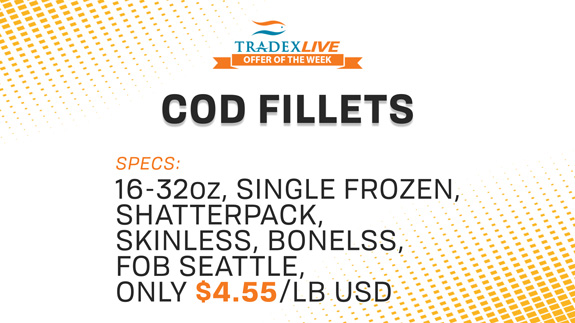