August 16th, 2021--- This week we provide another Pacific Salmon update as Russia experiences another bumper week reaching a new total of almost 400 thousand tons harvested. We also report on the global phenomenon of declining Chum Salmon runs - all the while Pink Salmon seem to be thriving as their Salmon counterparts suffer declines. 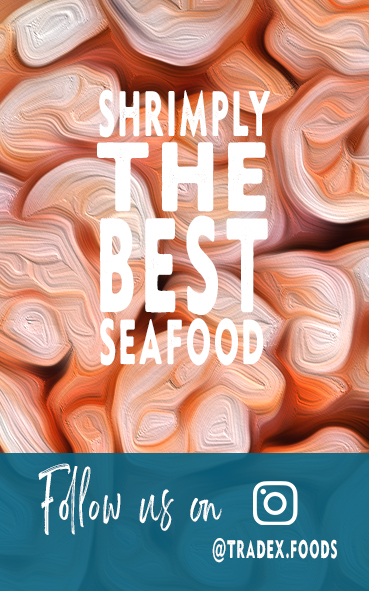 In speaking with industry expert Vladimir Radchenko, he concludes that his pre-season forecast of 450,000 metric tonnes Russian caught Pacific Salmon was too conservative and now anticipates final figures to be more than 500,000 due to strong Pink Salmon runs.

Although the pace of Pink Salmon harvest is similar to previous years, the abundance seems to be immense.

The eastern Kamchatkan coast Pink Salmon fishery is almost complete while the Western Kamchatka fishery will add substantially to the overall total harvest.

On the other hand, Chum Salmon harvest has been slowing down more quickly than in the past which is a cause for concern - noted Radchenko.

The declining Chum Salmon run looks to be a global phenomenon happening since 2018.

In this next bit we ask Radchenko for his expert opinion on declining Chum Salmon runs - all the while Pink Salmon stocks continue to thrive.

--- In Vladimir’s recent publication in the North Pacific Anadromous Fish Commission’s newsletter, he highlights an increase to the portion of early matured (3-year old) Chum Salmon in 2017 and especially 2018 returns and that they were definitely impacted by warmer oceans during their marine phase.

In classical ichthyology (the branch of zoology devoted to the study of fish), younger fish’ progeny usually have weaker adaptability and survival rates than progeny of older spawners.

When asked what his "advisory" would be for seafood buyers and industry planning for Chum Salmon in 2022 he said...

“Seafood buyers will be happy with good catch of Sockeye in the Bristol Bay this year. Chum salmon decline will be more sensitive for fishermen and workers at salmon processors in traditional “chum salmon” regions like Southeast Alaska, Amur River watershed, and Hokkaido. Meanwhile, there is still a hope for late chum salmon run of autumn race. Most of hatchery chum salmon in Asia is autumn chum salmon. Let us see what a run magnitude of Chum Salmon will be in late August-early September.”

For Pink Salmon, Radchenko has a supposition that they are thriving in Alaska and the northern part of the Russian coast (purely just the Kamchatka Peninsula) - is a result of stress caused by the Salmon population dwelling in a much warmer than optimal ocean environment alongside potentially other stressors such as intensive fisheries.

These environmental changes and other stressors are triggering the functioning of usually sleeping genes.

For Radchenko, it is clear to him that “normal”, unstressed populations under good conditions, tend to produce larger salmon and of normal level of abundance with better homing to return to the same place with good conditions.

Evidence of this can be seen in unusually high run intensities in regions neighbouring main Pink Salmon reproduction areas such as the Alaska Peninsula in 2020, Norton Sound and Magadan Oblast coast in 2021.

That is his understanding of the recent observations and although it may look self-contradictory, Radchenko notes that it has the right to exist before other explanations will be presented and confirmed by facts.