June 20th, 2022 - This week we report on Atlantic Cod as supplies are said to be short and prices high. As advised by the FAO, they are expecting the supply of Atlantic Cod to decline for 2022 and prices to increase further. 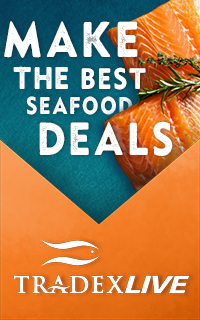 For supply, this prediction is inline with the International Groundfish Forum’s forecast of 5 percent less Atlantic Cod to be harvested in 2022 compared to 2021.

As it stands now, about 380 thousand metric tonnes of Atlantic Cod have been harvested this year from Norway, Russia, and Iceland (these are the three largest Atlantic Cod harvesting countries).

The pace of the fishing appears to be about the same as last year so based on historical data, we can make a prediction that between 230 and 275 thousand metric tonnes of Atlantic Cod remains to be harvested this year, resulting in a total harvest of between 600 and 650 thousand (from Norway, Russia, and Iceland).

The pulse on the market right now is that H&G Atlantic Cod is very short and buyers are trying to purchase H&G out of Norway.

We are also hearing that Icelandic and Norwegian fishing vessels are shifting their efforts to Saithe (also known as Atlantic Pollock), Redfish, and Shrimp which could lead to a significant decrease in the availability of Atlantic Cod.

Over in China, we have been seeing an increase in the amount of money processors are willing to pay for raw materials in the past 6-8 weeks but also in particular the past 2 weeks.

This is a good indication that Atlantic Cod fillets and loins will be going up in price in China for late summer/fall.

Atlantic Cod is a great alternative to Pacific Cod and the supply of Pacific Cod in China is also extremely short as Russia seems to have slowed the fishing down, and Alaskan Pacific Cod are not making their way to China.

Our recommendation is to secure, or get your request in for H&G and Value-added Atlantic Cod products - talk to your Tradex Foods representative today.