July 4th, 2022 This week we provide an Alaska Groundfish harvest update on how much fish remains to be harvested from four of the highest harvesting Alaska groundfish fisheries, also while the Pollock fishery picked back up again with the start of its “B” season. 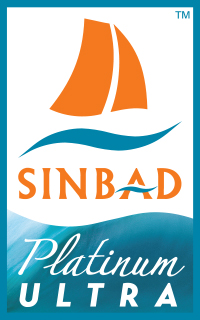 Alaska’s Pollock harvest had slowed down towards the end of April as the Pollock “A” season came to a close (to give the fish some time to recover from the spawning season, to feed, and to put on flesh weight), but the fishery reopened June 10th as the “B” season where over 50,000 metric tonnes of New Season Alaskan Pollock has been registered since then.

In recent years, Alaska fishermen have always harvested between 95 to 98 percent of the Pollock Total Allowable Catch, and with current harvest totals at just over 600,000 metric tonnes, this leaves about 600 to 630,000 metric tonnes remaining to be harvested out of the 1.27 million metric tonne TAC which was lowered from a 2021 TAC of 1.5 million.

For Pacific Cod, the “A” season runs from January to August, then the “B” season September to December, however the pace of the harvest does seem to move parallel with the closures and reopenings of the Pollock seasons.

In recent years, Alaska fishermen have always harvested between 91 to 99 percent of the Pacific Cod Total Allowable Catch, and with current harvest totals at just over 100,000 metric tonnes, this leaves about 55 to 69,000 metric tonnes remaining to be harvested out of the 170,000 metric tonne TAC which was increased from a 2021 TAC of 142,000.

And last but not least, the fourth highest harvesting groundfish fishery in Alaska is Pacific Ocean Perch.

Our recommendation this week is to put a spotlight on a Caught in America, Processed in America, and Sold in America sourcing and sales strategy as supply chain uncertainties between China, Russia, and the EU continue to unfold, meanwhile this year’s Alaska Sockeye harvest is set to hit an all time high, and 60 percent of Alaska’s combined groundfish Total Allowable Catch of 2.23 million metrics tonnes remains to be harvested.

Contact your Tradex Foods representative today to hear of some incredible sourcing opportunities.