January 27, 2023 Update: The International Pacific Halibut Commission has confirmed this morning during day five of their Annual Meeting that the 2023 TCEY for the Pacific Halibut Fishery to be set at 36.97 million lbs - down 10.3% from a TCEY of 41.22 million pounds in 2022. 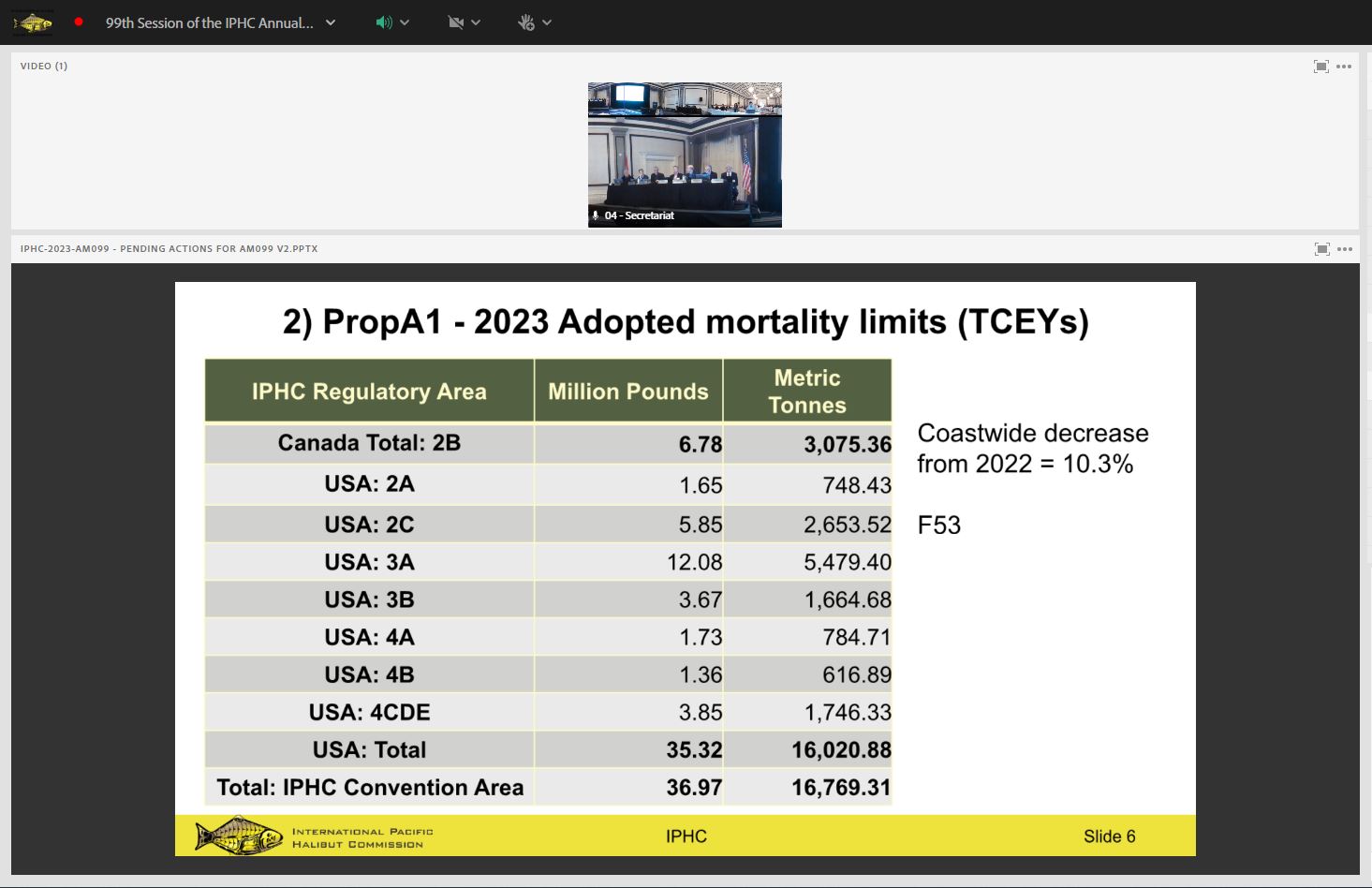 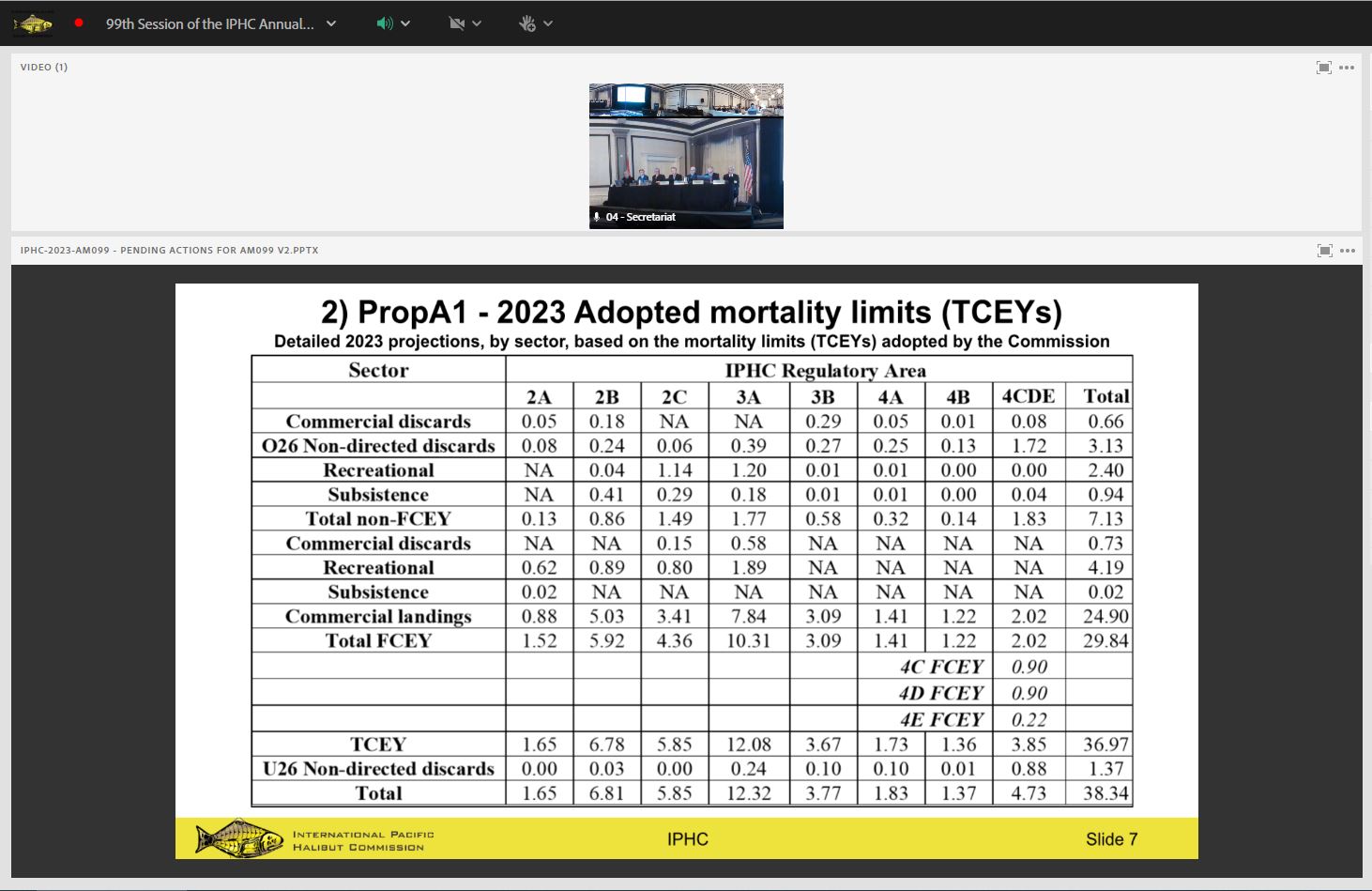 Jan 16th, 2023 - If the IPHC adopts a fishing intensity level of F43 percent, the 2023 Total Constant Exploitation Yield (or TCEY) for the Pacific Halibut Fishery would be 52 million pounds
Final catch limits, stock assessments, and fishing periods for 2023 will be announced during the International Pacific Halibut Commission’s annual meeting on January 23rd to 27th in Victoria, B.C. Canada.

--- The amount of un-fished quota was higher than the 5-year average, and when we asked the industry WHY - More Difficulty Finding Fish, and Armchair Fishermen/High Lease Prices were common points of frustration.

Although fishing this year was tough, market conditions were positive with strong pricing on fresh and frozen throughout the year.

We caught up with IPHC Executive Director Dr. David Wilson ahead of next week’s annual meeting and here’s what he had to say on stock abundance, and the upcoming season.

[Dr. David Wilson] “Due to poor recruitment from 2006-2011, the Pacific halibut stock is at a long-term low in terms of absolute numbers/biomass of fish. Although it is not at a point of conservation concern, fishery catch rates in 2022 were also at a multi-decadal low, so there are concerns as to whether the current conditions are acceptable for fishery participants in terms of socio-economic performance.”

“Any potential quota set for 2023 in excess of 43 [million pounds] will have a high likelihood of causing further reductions in stock size and fishery performance. The F43% reference level of fishing intensity corresponds to a 2023 coastwide TCEY of 52 [million pounds]. Although this level of fishing is sustainable over the long-term, in the short-term it would correspond to a very high likelihood of further stock decrease.”

Our recommendation is to get some pre-commitments in for your 2023 Pacific Halibut programs as this category should hold strong through the year again.

Fresh Halibut will occupy the market first when the fishery starts up in March, then processors will typically transition to frozen before the start of Salmon Season - but that may happen sooner this year depending on market conditions.

Fresh Halibut will occupy the market first when the fishery starts up in March.