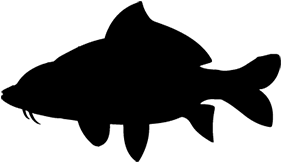 Tilapia flesh is lean, white, slightly firm and offers an excellent flaking quality. The flavour is very mild - with an edge of sweetness.

Tilapia is a large genus in the Cichlidae family and includes a variety species. Today, farmed Tilapia is gaining popularity as a whitefish alternative. In fact - more Tilapia is farmed worldwide than any other species of fish. Most Tilapia is harvested and processed in Asia - most notably in China, Taiwan and Indonesia. Africa, Central America and South America are other major harvesting and processing locations. The shape and colouration of Tilapia species vary - but in general they have a short, wide body with long dorsal fins and spines. The most common farmed Tilapia species are the Nile Tilapia (black) and the Mozambique Tilapia (red). Wild Tilapia can grow up to 18 pounds - but farmed Tilapia are generally harvested when they reach between 2 - 5 pounds.

This tropical freshwater fish is native to North Africa and is considered a major aquaculture resource for the future because they are hardy and easy to grow.

Seafood Watch
Ocean Wise
Fishy Fact: Tilapia is sometimes referred to as “St. Peter’s Fish” because it is believed to be the fish caught when Christ asked St. Peter to cast out his net in the Sea of Galilee. 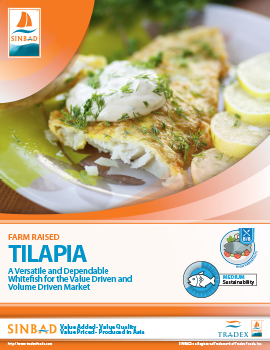