January 8, 2018 - With Chinese New Year Plant closures ahead, many processors are speculating market pricing based on raw material trends in the New Year. Atlantic Cod raw materials have now just approached $4400 per metric tonne. If you recall, we reported in mid-November that raw materials were around $3800 and could reach $4300 by March.


During the month of January last year we saw Atlantic Cod raw materials strengthen from $3500 to $3800 in a matter of weeks. We anticipate twice frozen Atlantic cod loins pricing to strengthen by 20 cents per pound by May to $3.35-$3.40/lb.

--- In September, processors began to report that Pacific Cod raw matierals were on par with it's Atlantic counterpart, an unprecendented $3700 per metric tonne. Chinese plants are now paying nearly $4800 for trawl caught Pacific Cod, after announcements of a quota cut in Alaska. The 2018 Pacific Cod total allowable catch for the Bering Sea and Aleutian islands has been set at 240 thousand metric tonnes, down from 251 thousand in 2017. For the North American market, seafood buyers should anticipate a 30 cent price hike in twice frozen Pacific Cod Loins by May, given the current trends we see, to $3.45/lb on the West Coast.

--- Haddock is another superior whitefish that often competes with Atlantic Cod. Raw materials are reportedly "strong" at $2900 per metric tonne, but that is right on par with this time last year, so we do not anticiapte any change to the twice frozen markets. Pricing should stay firm at $2.80-$2.85/lb on Skinless Haddock fillets on the West coast.

--- Finally, Pollock raw materials are always turbulent this time of year during the beginning of the Russian Pollock fishery. As predicted, raw materials were strong earlier last month at $1280 per metric tonne, but we anticipate them settling around $1050, which is where the market settled to last February. Twice frozen Pollock fillets spiked in November and December when production space began filling before Chinese New Year, but we predict twice frozen fillet pricing to flucctuate by a maximum of 5 cents per pound, between $1.17 and $1.22/lb in LA.

TradexLIVE Offer Of The Week:
TradexLIVE offer of the week is for 2-3oz SINBAD Gold Pacific Cod Portions. We have 15,000 lbs of chem free Sinbad Gold production available in Chicago for $3.04/lb USD. 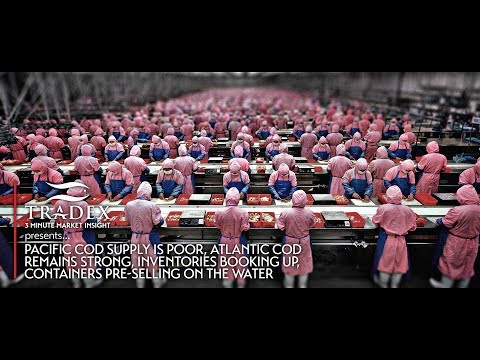 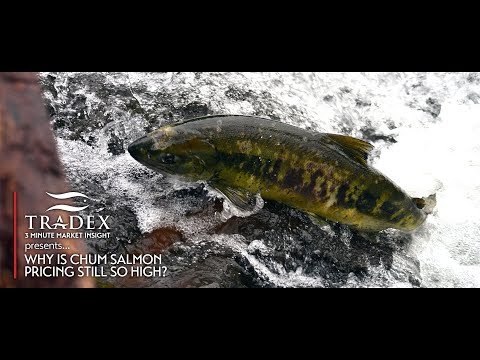 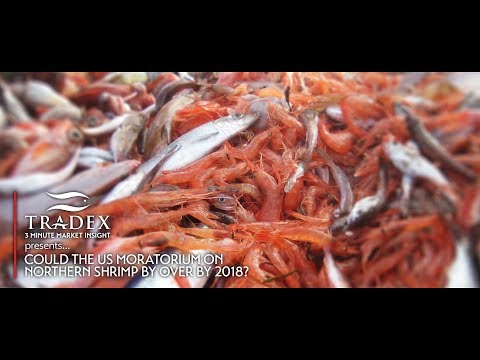