December 9th, 2019 ---- In this week's episode we tackle the intricate world of East Coast Pandalus borealis Shrimp with Catch Data, Prices and a Recommendation.

Pandalus borealis fisheries scatter the Atlantic from the Gulf of Maine to Eastern Canada, from Greenland to Iceland, and from Norway to Russia.

For this episode we will cover three main fishing areas - The Barents Sea, Western Greenland, and Canada.

Preliminary catch totals for 2019 are for 78,000 tonnes up from 55,900 in 2018 and have been on a steady rise over the last decade with industry experts advising Shrimp stocks will continue to increase over the years.

Norwegian processors we talked to saw larger sizes this year than in previous years (receiving less small sizes from fishermen), supporting scientific advice that the stock in these areas are in good condition.

Although there is no official TAC for Pandalus in the Barents Sea, ICES provides the scientifc advice and recommendations.

The fishery takes place throughout the year, but in some years have been seasonally restricted by ice conditions.

The highest catch efforts are typically in May to August, and the lowest in October through March.

--- Moving onto Western Greenland and Canada and the scientific outlook for East Coast Pandalus borealis Shrimp is expected to continue to decline.

We should note that Canada and Western Greenland are still the two largest commercial fisheries for borealis. 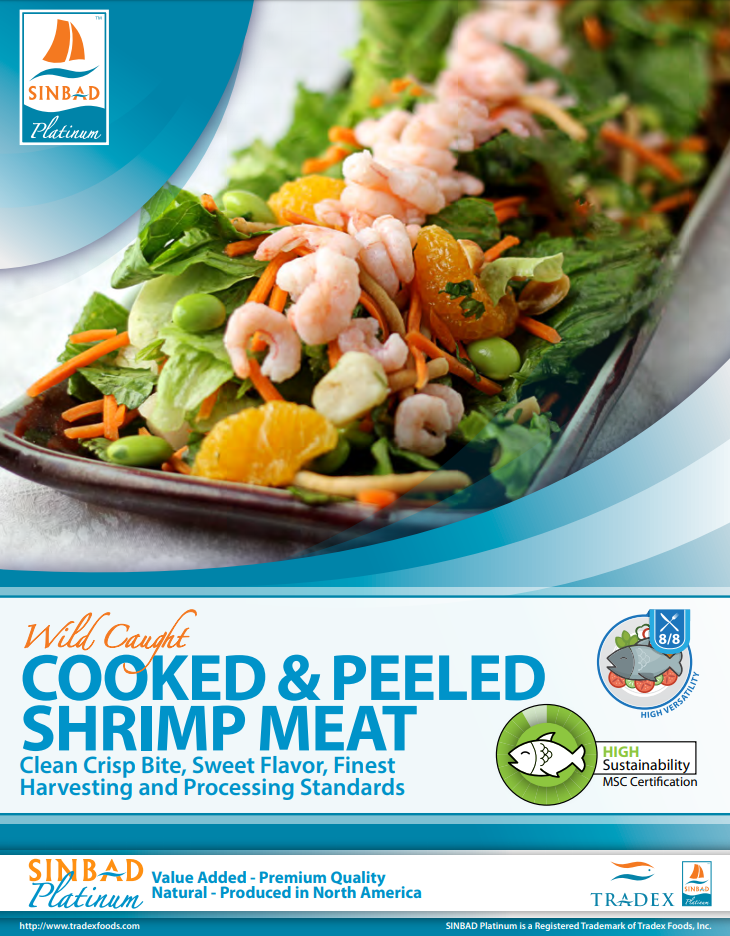 Although catch totals are showing an uptick in harvest since 2015, the overall forecast shows for a decline for this Shrimp stock.

Since the 90’s, fishing efforts have expanded down to the southern tip of West Greenland to Div. 1F but the fishery has moved back up north, and since 2009 at least 35 percent of the total catch was taken in Div. 1A.

--- In Canada, Pandalus borealis are now primarily harvested in and around Newfoundland and Labrador in NAFO Areas 2J to 4R but was once fished for as far North as NAFO Area 0A.

If we look back to 2009 fishermen were able to harvest over 95,000 tonnes supporting the scientific advice this Shrimp stock is showing a downward trend. 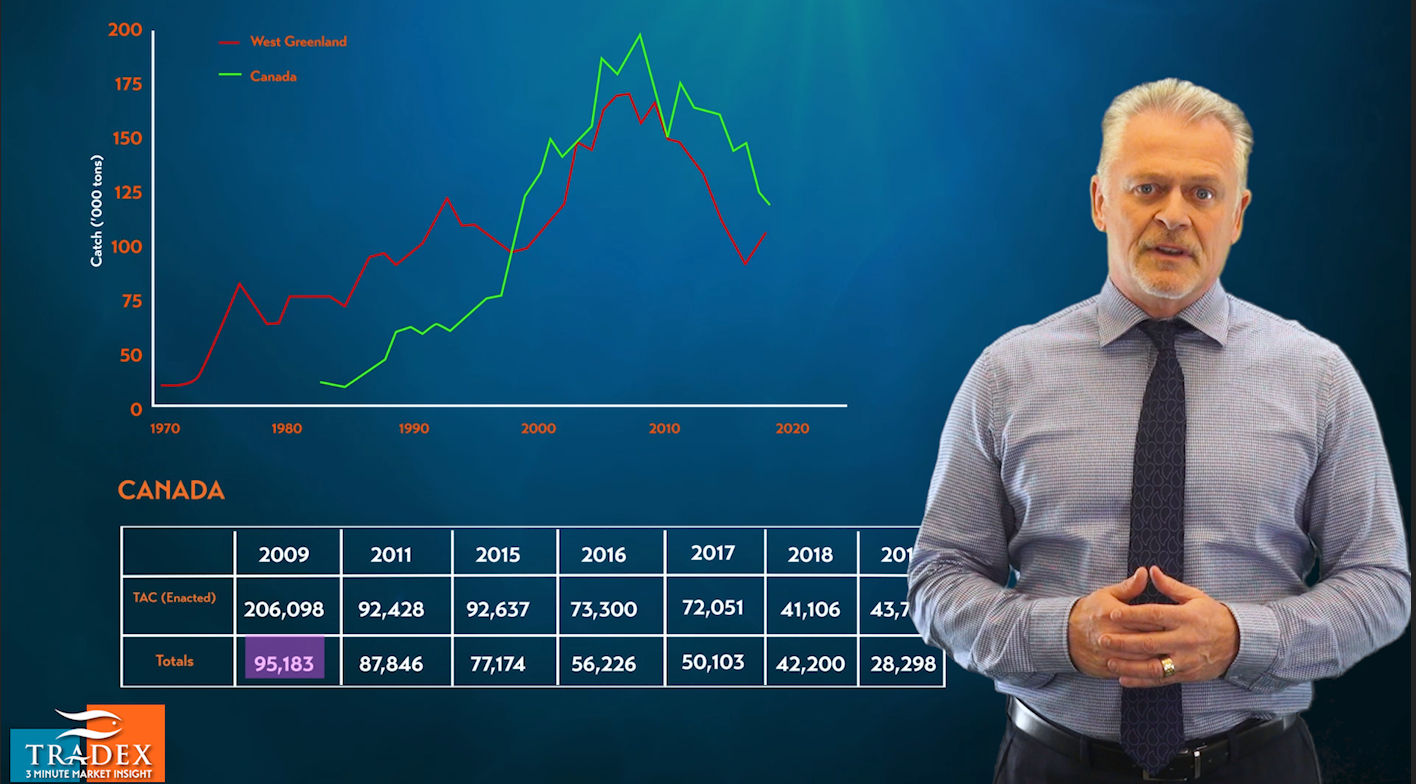 --- The fishery off West Greenland is distributed mainly in NAFO Subarea 1 (in the Greenland EEZ), but a small part of the habitat, and of the stock, intrudes into the eastern edge of Div. 0A (in the Canadian EEZ).

There is no agreement on sharing the stock, however in order to improve its management of its own fishery, Greenland instituted a procedure for taking account of Canadian interests when setting quotas.

After deciding on a TAC for the stock, Greenland reserves a portion of it for Canada before allocating quotas to fleets fishing in Greenland waters.

Ultimately Canadian advice on quotas is decided upon by the Canadian Minister of Fisheries after consultation processes.

Although pricing held steady throughout most of the year, in October the market adjusted lower across the board on all sizes where industry analyst attribute lower demand to the recent price drop.

OUR RECOMMENDATION IS TO secure your current and future Shrimp needs now while prices are lower (or find a substitute).

If history repeats itself, prices will climb back up in the Spring.