January 20, 2020 --- In this week’s episode we review the 2019 Russian Pacific Salmon Season in what could be the fourth largest season on record.

It's looking like another bumper year for Russian Pacific Salmon as preliminary 2019 catch totals show 497,738 metric tonnes harvested - equivalent to over 1 billion pounds of Salmon. (For comparison, Alaska harvested 872.1 million lbs in 2019). 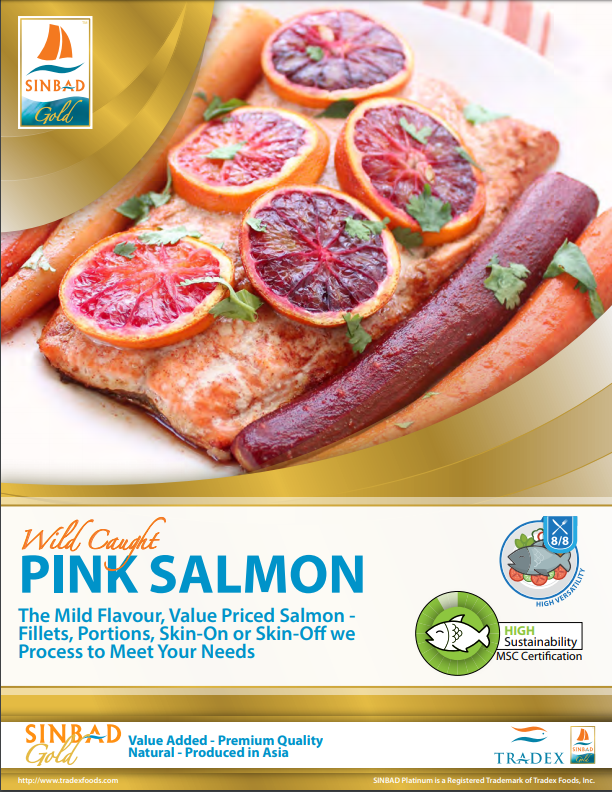 Official numbers will be presented at the NPAFC Annual Meeting in May 2020.

Although projections for 2020 have not been publicly made available yet, some industry experts do not expect the same abundance in 2020.

In speaking with Vladimir Radchenko (Executive Director of NPAFC), he suggests that “expanded distribution” of Pink Salmon could be a factor that leads to a lower harvest in 2020 as Pink Salmon sometimes demonstrate significant straying from and abundant re-distributions between spawning areas.

--- "This based on my consideration on the nature of such big abundance fluctuations as we observed with Kamchatkan pink salmon in 2018 and 2019.

I consider them as a response to disruption of population homeostasis under influence of negative factors. According to my hypothesis, acute impact of negative factors can trigger genetic mechanisms that lead to production of abundant but less adaptive progeny, whose evolutional “task” is to distribute as wide as possible during their relatively short life cycle. Expanded distribution gives two benefits to the species:

1) mixing with distant populations can produce new gene combinations that differ from those of either parent and may be beneficial in new conditions, and

I have observed a very significant splash of pink salmon abundance in the Aniva Bay, southern Sakhalin Island in 2006.

My colleagues and I at the research institution SakhNIRO made a bold fishery yield forecast of approximately one and a half times the historical records for even years due to the promising evidence that pointed to a great pink salmon run in the Aniva Bay. The fishery season came, and pink salmon approached in such massive quantities that fishermen at Aniva Bay harvested more than 5.5 times the previous historical record and four times more than our forecast, over 54,000 metric tonnes.

Soon after 2006, several fishing companies started to build additional salmon processing facilities along the Aniva Bay coast. I tried to tell them that miracles do not happen on a regular basis, but that warning was not heeded. Since that year, even-year pink salmon run magnitude and fishery harvest values have progressively declined to less than 300 tonnes in 2018. In 2020, the commercial fishery will be prohibited in the Aniva Bay completely.

Russian colleagues conduct annual survey on pink salmon juveniles every autumn to have data for the commercial fishery forecast in the next year. I still have no data but heard that estimates are not very promising. This fits with my expectations. However, I would be glad to mistake this time. It is always good if fishery season comes successfully and profitably for fishermen."

--- Moving onto a breakdown by species and we know that Pink and Chum Salmon are typically the bulk of Russia's Salmon catch, and this year is no different with Pink Salmon predominantly the highest every year.

For Pink Salmon, preliminary catch data shows about 329,000 metric tonnes (or about 725 million lbs) harvested in 2019 which translates to roughly 249.5 million fish. 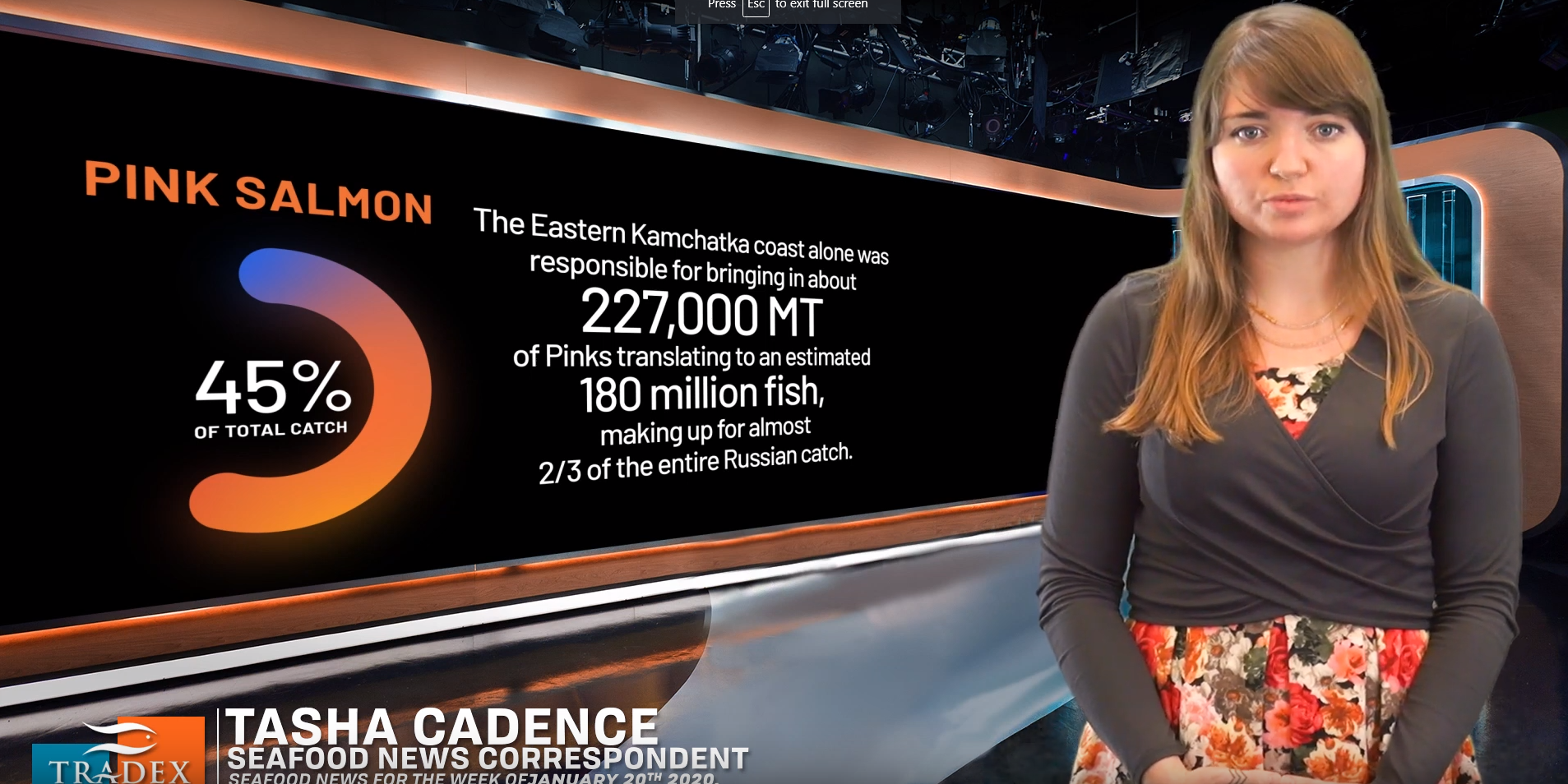 The Eastern Kamchatka coast alone was responsible for bringing in about 227,000 metric tonnes of Pinks translating to an estimated 180 million fish, making up for almost two thirds of the entire Russian catch.

Chum Salmon harvest totals were second highest with about 111,000 metric tonnes or an estimated 36 million fish. 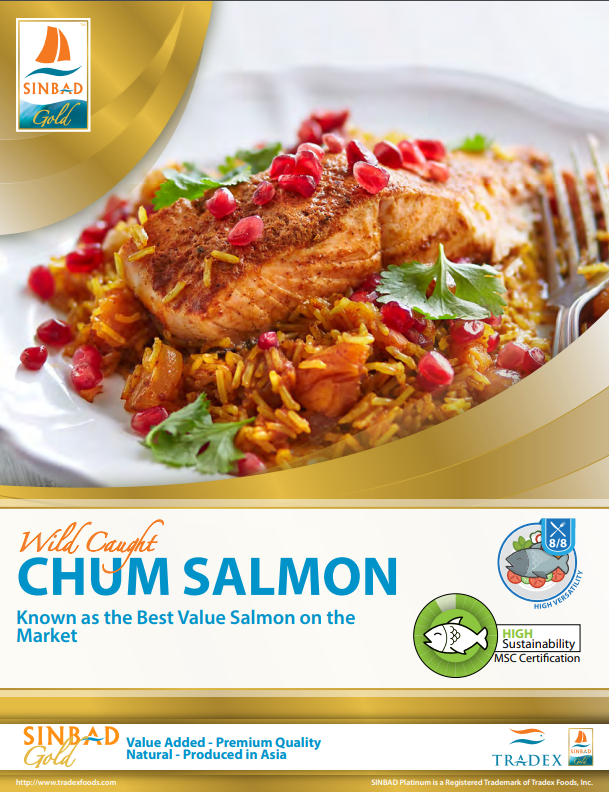 --- Moving onto the marketplace.

According to Russia's Federal Agency for Fisheries The cost of Chum and Pink salmon in the Far Eastern region are 195 rubles and 105 rubles per kilogram respectively which roughly translates to $1.45 for Chums and $0.78 for Pinks USD per lb.

As mentioned in our January 6th episode, pricing on Russian caught H&G Pinks are around $0.90/lb USD CFR China, which is about 40 cents cheaper than the standard pricing for Alaskan Pink Salmon right now.

With reports of significant reserves in cold storages prices should remain mostly stable or declining with demand still weak - which has been the case since the fall of 2019.

--- Our Recommendation is to secure your Salmon needs now.

This is one of the best times of the year to buy Chums and Sockeyes as there are many deals to be had.

At Tradex Foods, we are Wild Salmon Experts