Chinook Salmon flesh has a moderate to high oil content - ranges in colour from deep orange to red - offers a robust flavour and a delicate texture.

Chinook Salmon are the largest of the five Pacific Salmon species. Pacific Salmon are anadromous fish that live in the ocean until they reach an age of 2 -7 years - at which time they return to freshwater rivers to spawn. In the ocean - Chinook have a silver skin - but as they stop feeding and enter freshwater - their skin darkens and red vertical bands and patches appear. This species can grow to be 129 pounds, but generally they average between 20 - 30 pounds.

Chinook Salmon can be wild-caught or farmed. Wild Chinook Salmon populations in the Pacific Northwest vary - some are healthy and robust - while others are listed as endangered or threatened. Stocks in Alaska are generally healthy. Alaskan management practices are considered highly effective and Pacific Salmon are amongst the most intensively managed fish species. There is currently no commercial aquaculture production of Chinook Salmon in the US and in comparison to Coho and Atlantic Salmon - very little is done in Canada. Salmon farming in open net pens have considerable environmental concerns - closed systems are considered more environmentally friendly. 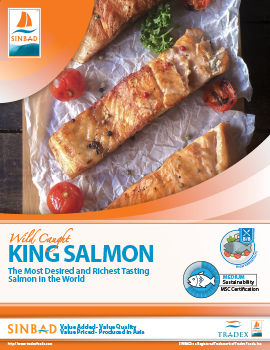 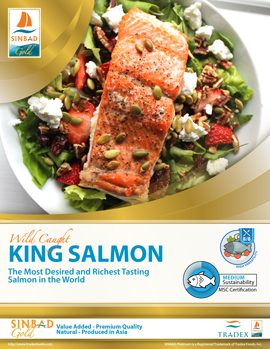 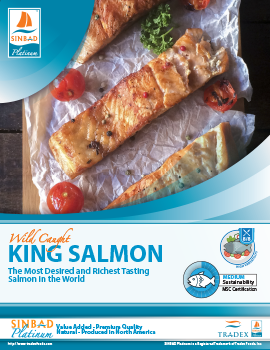