Chum Salmon are one of six Pacific Salmon species. Pacific Salmon are anadromous fish that live in the ocean until they reach an age of 2 -7 years - at which time they return to freshwater rivers to spawn. In the ocean - Chum are metallic blue with black specks on their back. During spawning - Chum can be easily recognized by the dark horizontal stripes down their sides. Chum Salmon are second to Chinook Salmon in size - averaging between 8 -15 pounds.

Chum Salmon spend more time out at sea than any other Pacific Salmon species and are also the most widely distributed. They can be found as far south as San Francisco and as far north as the Bering Sea and Russia. Some of the most flourishing Chum stocks are in Japan.

The majority of Chum Salmon populations are considered to be healthy - however - some populations have declined to the extent that they are protected under the Endangered Species Act. Historically, some populations in Washington and Oregon were over fished - but no overfishing is currently occurring. Salmon stocks in Alaska remain abundant despite some population declines due to habitat loss, climatic shifts and over fishing. Alaskan management practices are considered highly effective and Pacific Salmon are amongst the most intensively managed fish species.

Seafood Watch
Ocean Wise
MSC Certification
Fishy Fact: Chum Salmon are the worst jumpers of the Pacific Salmonids. Waterfalls that do not impede any of the other species can obstruct their upstream migration. 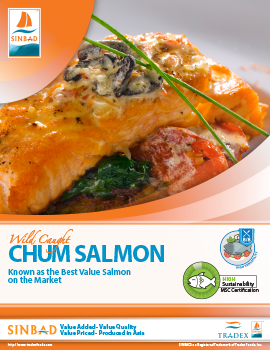 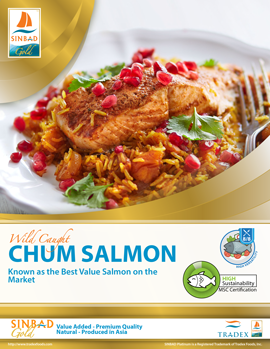 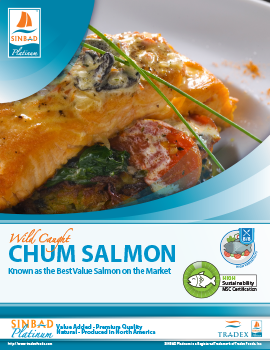