Pink Shrimp: Could Lower Counts be on the Horizon?

April 15th, 2019 - The Oregon Department of Fish and Wildlife worked with researchers at the Oregon State University to review the effects of environmental conditions on larval shrimp.

Could Lower Counts and Lower Catch be on the Horizon for Pink Shrimp? 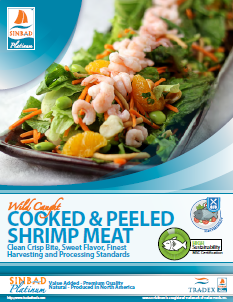 The Oregon Department of Fish and Wildlife worked with researchers at the Oregon State University to review the effects of environmental conditions on larval shrimp.

NOAA reported that global land and ocean surface temperatures in 2018 were 1.42 degrees Fahrenheit, or 0.79 degrees Celsius, above the 20th-Century average.

Scott Groth of the Oregon Department said the shrimp collection went well and experiments will be run throughout the Spring and will hopefully show some positive indicators for the fishery.

The fishery analysis for the season showed an average count per pound of 133 shrimp, which was after many months of smaller counts, creating a new grade of 300-400 count that was distributed throughout the market.

The 2018 fishery review also showed strong year 2 shrimp recruitment from 2017 which is a positive indicator of better counts this season.

Scott Groth from the Oregon Department commented that the counts last year were a little higher than average.

Based on the forecasts though, he mentioned that we could expect this year to be slightly lower counts per pound with a little less volume overall.

We do expect pricing to be high, as last year's docks pricing was the second highest of all time, and supply of the popular 250/350 count was slim.

The pink shrimp fishery generally runs from April 1st to October 31st, but we do see a lull typically at the beginning of the season while the fisherman wait for counts to improve.

It's too soon to speculate pricing but once landings arrive we will have a better outlook on the market. 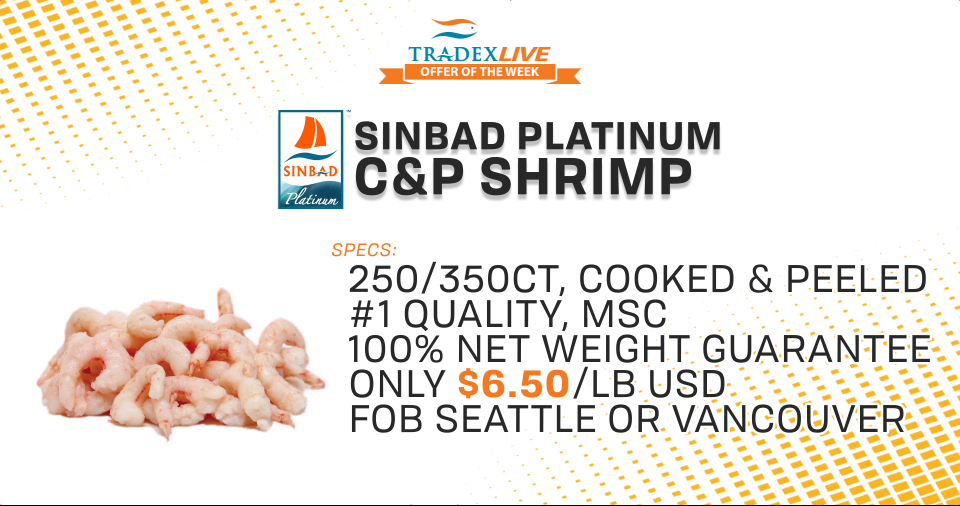 SINBAD Platinum products are harvested from sustainable fisheries (when possible) and are produced from the finest raw materials with exceptional harvesting and processing standards. All products follow our industry best 7-Step Quality Control Process delivering comprehensive inspections at every stage of processing. Our SINBAD Platinum Brand is our Once-Frozen, Zero Additive, Premium Quality product line produced in North America.