October 7th, 2019 --- In this week's episode we report on the Atlantic and Pacific Cod Markets with predictions and up-to-date catch data. As Pacific Cod never seemed to recover from it's shaky start to the year, Atlantic Cod continued to strengthen with strong demand from the EU. 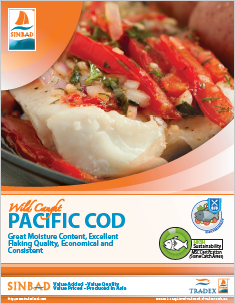 Longline Pacific Cod prices are currently showing about a $600 difference between Alaskan and Russian caught with Alaska longline at $4100 and Russian longline between $3400 to $3500 per metric tonne USD.

This translates to between $1.41/lb to $1.86/lb USD for Pacific Cod raw materials in China.

As mentioned in a previous episode, The Russian Longline Pacific Cod fishery is to become MSC Certified before the end of the year.

Predictions for the Pacific Cod market are for prices to gradually strengthen before Chinese New Year as A. Cod and P. Cod have not seen such a big price gap for this long.

--- Moving onto Atlantic Cod, raw materials prices have held steady at around $4500 per metric tonne USD for majority of the year with latest figures out of China showing it strengthened to $4600 at the end of September.

This equates to $2.09/lb USD for Atlantic Cod raw materials in China.

This recent price increase can be attributed to the following:

- A slow down in catch from Norway with more of the raw materials going to EU processors over China.

- And strengthened demand from the US mostly due to no tariffs.

Predictions for the Atlantic Cod market are for prices to continue to be strong up to Chinese New Year as Norwegian catch has slowed down and a large amount of fish going to their domestic fresh market for salting. 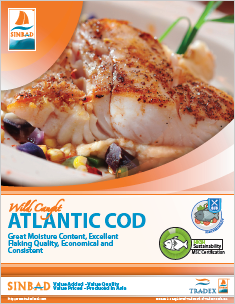 --- Moving on to catch data, let's take a look at Alaskan Pacific Cod.

In the Bering Sea Aleutian Islands about 144,000 metric tonnes of Pacific Cod has been harvested and 8,700 in the Gulf of Alaska harvesting about 82 percent of the total allowable catch.

Latest catch data up to quarter 1 shows about 43,000 metric tonnes (or 28 percent) harvested in Russia.

The Russian Pacific Cod fishery operates all year round.

The Joint Norwegian and Russia 2019 Cod Quota was set at 746,000 metric tonnes where latest catch totals show about 268,000 metric tonnes (or 36 percent) have been harvested in waters North of the 62nd parallel.