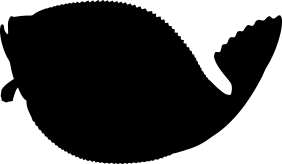 Sole & Flounder flesh is lean, creamy white and offers a very thin fillet. When cooked - the flesh is flakey and has a mild flavour.

Similar to other members of the Flatfish Family - Rock Sole have eyes on the same side of their head. Rock Sole are small fish - rarely exceeding 5 pounds.

There are two species of Rock Sole – the northern species (L.polyxystra) ranges from the Puget Sound in Washington State to Northwestern Pacific waters off Japan - while the southern species (L.bilineata) ranges from Baja California to the Southeastern waters of the Bering Sea. Alaska harvests the majority of worldwide Rock Sole.

Rock Sole reside at different depths throughout their lifecycle. As juveniles - they reside in shallow waters, where as as adults - they move into deeper waters and generally prefer sandy or gravel bottoms.

Sole & Flounder populations are not considered depleted, but the common method of catch is bottom trawling - which has significant bycatch and habitat degradation concerns. Rock Sole populations have recovered from overfishing in the 1960s and are now abundant.

Seafood Watch
Ocean Wise
MSC Certification
Fishy Fact: Rock Sole are sometimes called “Roughback” because of the rough scales on their back. 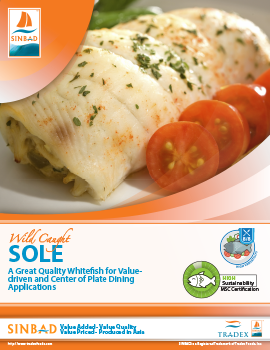 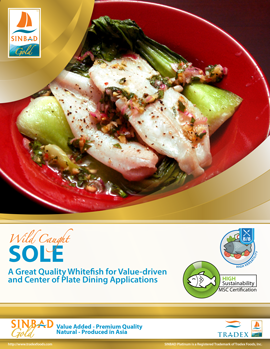