September 16, 2019 --- In this week's episode we report on what's happening in the Coho Salmon Market. If you're looking for frozen new season Coho Salmon offers right now - good luck. Most of the catch has been destined for the fresh market so far this year with grocery chains pinning down all the product.

And if you can find new season frozen Coho be prepared to pay a premium.

The market is just not seeing enough Coho's flow through even though the 2019 Alaska Salmon season is on track to be the 8th largest harvest since 1975. 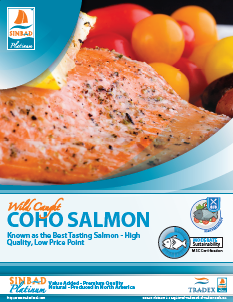 Coho landings have started to show a slower pace as we pass the peak harvest weeks for Coho's in Alaska.

--- Moving down the coastline to British Columbia Canada, the BC Salmon fishery is not seeing the same success with many closures to Fraser River Salmon - to some even saying this season is a complete disaster.

Amongst all the closures, Area F re-opened on August 7th and will remain open until September 30th however Coho harvest are expected to drop off to near zero for the remainder of September as fleets have started departing the area.

Total catch-to-date for Coho's in Area F is estimated to be 176,500 fish this season.

--- Moving south down the coastline a little more we have the Washington Coho Salmon Fishery.

--- Now for a quick little history lesson on Commercial Coho Fisheries for Oregon and California.

--- California has not seen a commercial Coho Salmon fishery since 1995.

Coho stocks in California are still in decline and even local extinction in some locations where they are Federally listed under the Endangered Species Act as well. 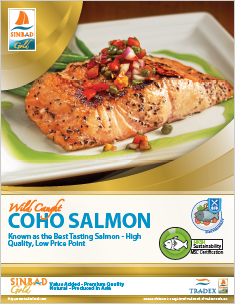 Causes for these declines are largely human related and can be divided into four broad categories.

--- In Oregon, there is essentially a minimal to non-existent ocean troll Salmon fishery for Coho Salmon.

Although hatchery numbers are expected to be big this year, Oregon Coast Natural or OCN Coho, are actually listed as threatened under the Endangered Species Act.

Secondly, there a long standing sharing agreement for Coho between the recreational and commercial troll fishery.

The commercial troll fishery gets all the Coho impacts needed to proceed with their Chinook target fishery.

Then the recreational fishery essentially gets impacts needed to access essentially the first 200,000 coho retained catch in a coho target fishery.

This season the South of Cape Falcon recreational seasons were allowed the harvest of 90,000 fin-clipped coho and 9,000 non selective coho in September, for a total of 99,000 Coho.

That does not meet the lower threshold to allocate Coho to a commercial troll fishery.

Subscribe to our 3-Minute Market Insight to keep tuned-in with the market.

Since 2010, new episodes go live every Monday Morning at 5:00am Pacific Standard Time.